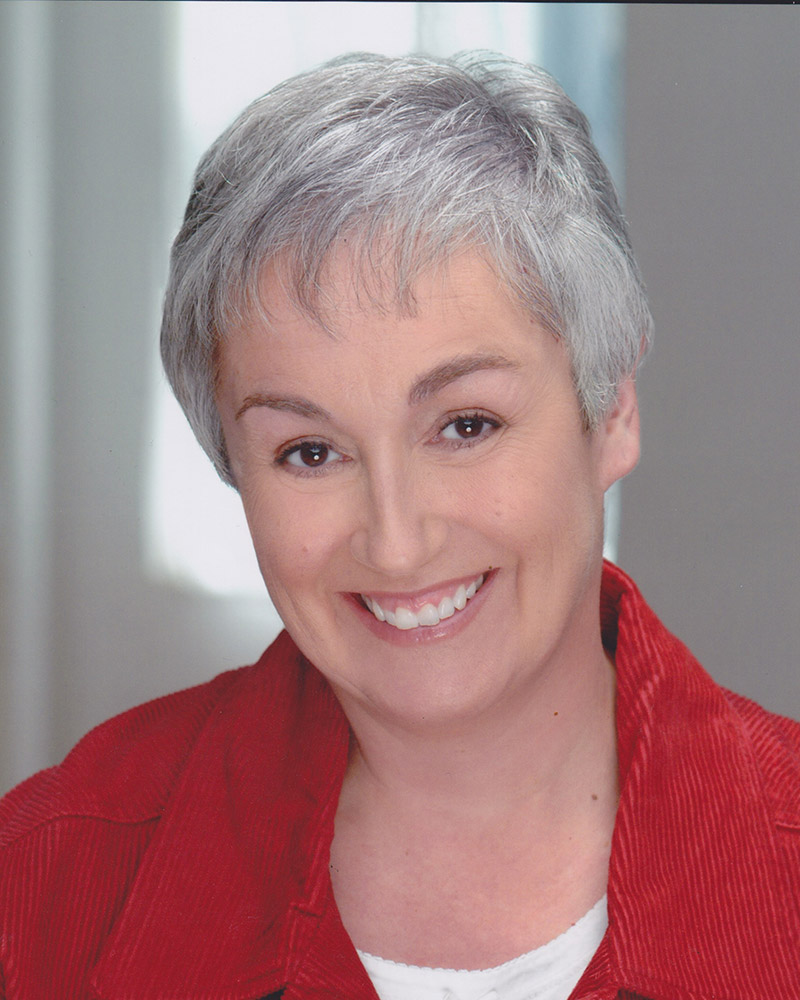 Born and raised in Pittsburgh by her endlessly supportive parents, Mary spent all 4 of her high school years studying at the Pittsburgh Playhouse followed by a B.A. from the Theater Department at the University of Detroit. After graduate work at the Catholic University of America in Washington DC, Mary continued working in local DC theater until the big move to NYC where she resided for 43 years working in theater, film, TV, print and voice overs ranging from ‘All My Children’, ‘Bedford Diaries’ to CVS Pharmacy to Pharmaceuticals to Independent films. Mary has performed over the years in classics ranging from ‘The Way of the World’, ‘Twelfth Night’, ‘As You Like It’, ‘Tartuffe’, ‘The Importance of Being Earnest’, ‘Richard III’ to the opposite ends of the theater spectrum in Shepherd’s ‘Curse of the Starving Class’, ‘A Lie of the Mind’, Ayckbourn’s ‘Norman Conquests’, ‘Season’s Greetings’, Bennett’s ‘Habeas Corpus’ to George F. Walker’s ‘Beautiful City’ to Morris Panych’s ‘The Ends of the Earth’ and numerous other productions in NY, PA, NJ, VA, MI and DC.

A 25-year member of the NYC-based Perkasie Theatre Company, she performed in the NY premiere of Israel Horowitz’s ‘Mackerel’ and the OOBR Winner for Ensemble in Brian Friel’s ‘Wonderful Tennessee’. Over the 25 years with Perkasie, Mary’s NY reviews in their productions have ranged from “hilarious” to “funny treasure” to “full marks” to “worth the price of admission.”

Mary was co-producer with Mary Boyer of M&M Productions (see notes in Miss Boyer’s bio). She also performed at the acclaimed MTB Studio under Ms. Boyer’s direction. Mary had an exciting time on stage performing with MTB’s exceptional students in ‘The Madwoman of Chaillot’, ‘A Midsummer Night’s Dream’ and MTB’s Off Off Broadway production of ‘A Scrap of Paper’.

This new adventure of The Lakeside Theatre Company with her best college pal Mary Boyer, although a long time in coming, is now unfolding in the great theatre town of Toledo.

Mary is a proud member of Actors’ Equity Association and SAG-AFTRA.